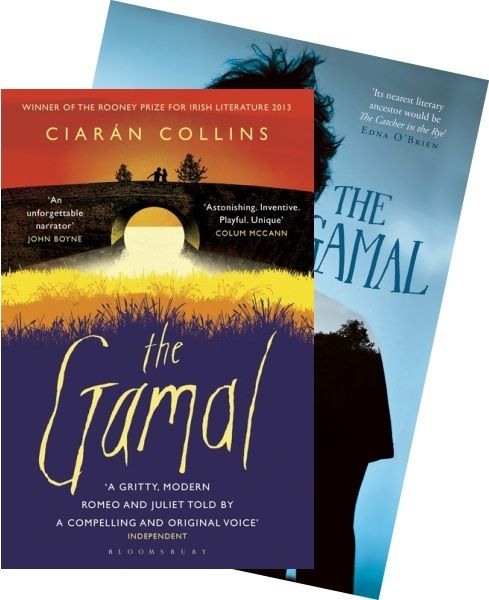 Meet Charlie. People think he's crazy. But he's not. People think he's stupid. But he's not. People think he's innocent...
He's the Gamal.
Charlie has a story to tell, about his best friends Sinéad and James and the bad things that happened. But he can't tell it yet, at least not till he's worked out where the beginning is.
Because is the beginning long ago when Sinéad first spoke up for him after Charlie got in trouble at school for the millionth time? Or was it later, when Sinéad and James followed the music and found each other? Or was it later still on that terrible night when something unspeakable happened after closing time and someone chose to turn a blind eye?
Charlie has promised Dr Quinn he'll write 1,000 words a day, but it's hard to know which words to write. And which secrets to tell...
This is the story of the dark heart of an Irish village, of how daring to be different can be dangerous and how there is nothing a person will not do for love.
Exhilarating, bitingly funny and unforgettably poignant, this is a story like no other. This is the story of the Gamal.
YouTube Video
Perfectly captures the joys and sorrows of adolescence and the maddening claustrophobia of a small Irish village. Its nearest literary ancestor would be The Catcher in the Rye  Edna O'Brien
Astonishing. Inventive. Playful. Unique. A novel to savour. Ciarán Collins is the real deal  Colum McCann
There is nothing quite like reading a first novel by a truly original new talent. Ciaran Collins's tale of star-crossed lovers explores the darkness, cruelty and bitterness behind the banter of Irish village life. A novel of wit, boisterous humour and also inevitable tears. Collins is in a great Irish story-telling tradition going back to Roddy Doyle, Sean O'Faolain and Flann O'Brien  Gavin Esler

Ciarán Collins TheGamal is the story of an outsider, Charlie, a 25-year-old social misfit who might be violent, a kind of Grendel, misunderstood and underestimated.  As is usually the case with outsiders, though, Charlie has an uncommonly clear view of everyone in the village.  Funny, smart, and warm, heres a voice that will catch you by surprise. - David Vann

"I get sent a lot of debut novels at the shop but Im such a slow reader that I dont read as many of them as Id like to. The Gamal by Ciarán Collins forced me to read it from the first page and its not left my head since I finished it. Funny and sad is the holy grail of coming of age novels for me and I cant remember the last time a book made me honk with laughter, only to force me to get off the tube early with tears streaming down my face fifty pages later. People have compared it to Roddy Doyle, Patrick McCabe and Paul Murray but it has an energy, a range and a confidence all of its own. Its an overused phrase but The Gamal is an astonishing debut and I feel sure Collins will go on and produce a career of wonderful work" -Evie Wyld

The Gamal is an audacious debut. 114,124 words from an unforgettable narrator  John Boyne on Twitter